The public debt1 represents the stock of general government gross financial debt liabilities, recorded at nominal value and consolidated among institutional units belonging to the same sector.
The calculation of public debt is based on sectoral and methodological criteria set forth, firstly in the Council Regulation (EC) no 549 of 2013 on the European System of National and Regional Accounts (ESA 2010) – which has replaced Regulation no 2223/1996 (SEC 95) – and, specifically, in Regulation no 479/2009 on the Excessive Deficit Procedure – as amended by Regulations no 679/2010 and no 220/2014.

Financial debt liabilities included in the aggregate are as follows:

The last four year series2 of public debt (outstanding at the end of each year) and GDP is as follows: 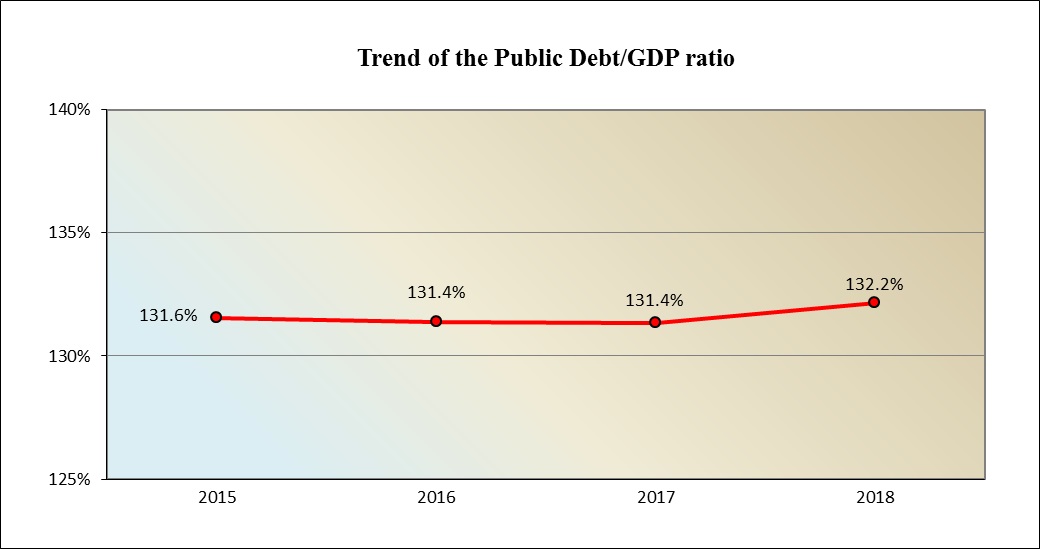 The government securities, that is the debt securities issued by the Treasury on the domestic market ( BOTs, CTZs, CCTs, CCTeus, BTPs, BTP€is and BTPs Italia) and on the international capital markets (Global Bond, MTN and Commercial Paper programs), constitute most of the public debt.

As at 31st December 2018 the government securities outstanding account for 84% of public debt.