A new coin has been issued today from the 2020 Numismatic Collection, celebrating the art and theatre work of the great Eduardo De Filippo

Introduction sectionA new coin has been issued today from the 2020 Numismatic Collection, celebrating the art and theatre work of the great Eduardo De Filippo

A new coin has been issued today from the 2020 Numismatic Collection, celebrating the art and theatre work of the great Eduardo De Filippo

The Italian Ministry of Economy and Finance has issued a new bronzital and cupro-nickel coin with a face value of € 5, belonging to the “Great Italian Artists” series of the 2020 Numismatic Collection.

The coin is dedicated to Eduardo De Filippo, the great Italian playwright and dramatist, who is incredibly well loved by the general public and considered one of the greatest authors in contemporary theatre.

The proof version of the coin was created by the artist-engraver Maria Carmela Colaneri and made in the workshops at the Italian Mint.

On the obverse side, a portrait of Eduardo De Filippo with a curtain to his left. Around the edge, the words "REPUBBLICA ITALIANA" (“ITALIAN REPUBLIC”); in the right-hand field, the designer's name, “COLANERI”.

On the reverse side, the proscenium of a typical Italian theatre where the scene is set: the curtain opens to reveal a chair, a table and the words "EDUARDO DE FILIPPO” on stage. At the top, "5 EURO"; to the right, the coin’s year of issue, "2020"; to the left "R", to identify the Rome Mint; at the bottom, the words “IL TEATRO È VITA” ("THEATRE IS LIFE") and a number of typical elements from the works of Eduardo De Filippo: a cup, a coffee maker, a lucky horn and a star representing the nativity scene.

This collectable coin, 7,000 of which have been produced, can also be viewed in the 2020 Numismatic Collection catalogue, published on the portal www.shop.ipzs.it.

The list of the other coins that will be issued over the course of the year is available on the website of the Istituto Poligrafico e Zecca dello Stato (Italian State Printing Works, Stationery Office and Mint), at the addresshttps://www.ipzs.it/ext/numismatica.html 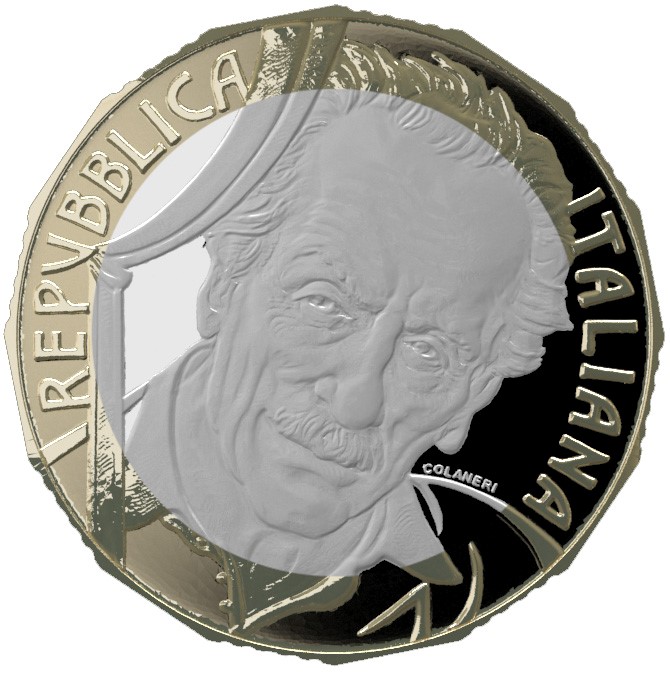 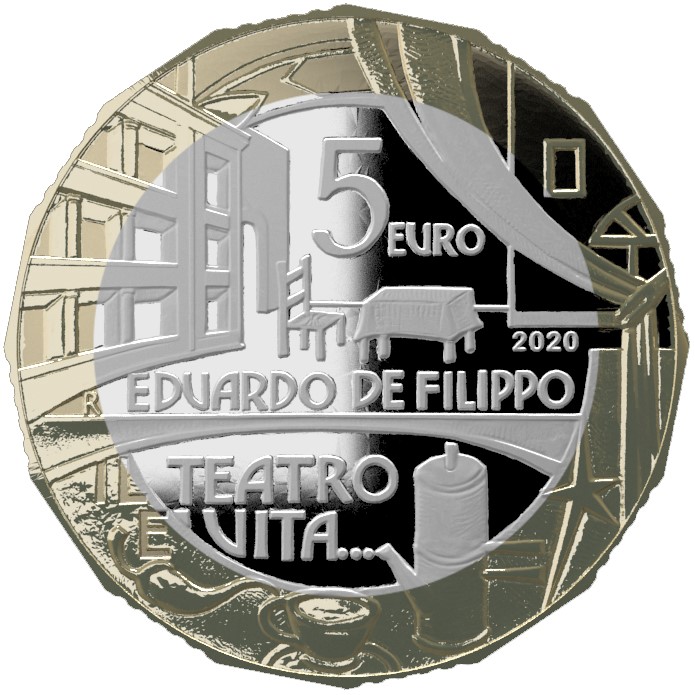